At InStaff, we offer a platform for finding hostess jobs by connecting them directly to trade fairs & major events. However, there are some items to consider before beginning to work as a hostess. These must be considered even before applying.

An organizer expects more than just good looks from a trade fair hostess - often, this is not even so important. Aside from the representative presentation, booking companies often place an even greater value on a hostess' ability to communicate on a confident and professional level. The positive presentation of the hostess increases the customer's well-being in order to create an optimal working atmosphere.

Requirements for becoming a hostess

Well-kept appearance
Neat hairstyle and nails, professional outfit, and subtle make-up - thus, the duties of a hostess include a well-kept appearance. Visible piercings / tattoos or other types of eye-catching jewelry are generally not desired. As a hostess, you act in a professional environment and often interact with customers of the booking company. And in general, business men tend to prefer a more conservative appearance.
Professional manners
In addition to kindness, professional manners also include professional and, if possible, accent-free communication. A hostess represents the company for which she is appearing.
Fluent English
Today, trade fair events attract an international audience. Therefore, fluent English language skills are a must in order to be able to communicate with potential buyers from abroad. Other foreign languages such as Italian, French, and Spanish are naturally advantageous for being booked depending on the trade fair.
Minimum height of 1.65 m
Unfortunately, many organizers expect a minimum height. This is partly due to the wish of having a uniform appearance of all hostesses. Some agencies even prefer hostesses that are at least 1.75 m tall.
Slim figure
Similar to the minimum height, there is also a kind of standard that has been established with regards to figure. Women with sizes between 32 and 36 are most commonly booked.

Applying to be a trade fair hostess using a Sedcard

Similar to modeling, the term "Sedcard" has established itself for the profile of a hostess. This profile specifies professional knowledge as well as personal details such as age, height, size, bust, waist, & hip measurement, hair color, and some other characteristics. For most trade fair appearances, these measurements and details are essential for being booked. Reasons for this could be a specific motto and therefore, the hostesses should have a similar appearance.

Traditionally, hostesses used to apply to hostess agencies that managed such Sedcards and then provided suitable hostesses upon customer request. For job postings that do not pass through hostess agencies, event agencies or organizers for the most part require the same details that would typically be indicated on a Sedcard.

Of course, pictures also play an important role in selecting hostesses. Not just hostess agencies, but also trade fair organizers get an impression of the hostess through pictures before booking them. Therefore, at least three pictures are often required: a portrait, a full body shot, and an American portrait.

A typical trade fair day including preparation takes about 8 to 10 hours. Therefore, work as a hostess can become tiring, but overtime hours are always paid. A hostess wage is on average 12 euros per hour, but differs throughout Germany. The qualifications of a hostess also affect income. For example, hostesses with rare foreign language skills or special experience can earn up to 20 euros per hour.

Generally, a distinction is drawn between the following functions of a hostess:

Info booth / accreditation
Most of the time, one is standing at the same place and simply answering customers quick questions or directs them to the right place.
Catering
The boundaries to a classical waitress are blurred here. Thus, one takes care of the customer's entire meal.
Modeling
Hostesses that present, for example, cars or a product are generally model hostesses.
Promotion
Promotional jobs are when a hostess advertises a product at a stand. This should be distinguished from traditional promotional jobs, where a promoter moves around a city alone and tries to achieve a goal single-handedly (such as filling out questionnaires or similar tasks).
Walking Act
Often, a company requires a person to perform in a costume at an event. This is called a Walking Act. The term originates from having the actors and audience not be separated by a stage, but rather interact on one level.
Sales consulting (rarely)
Sales consulting is probably the rarest form of hostess jobs. Here, one supports the sales team and talks to customers, leading to a sale. For this, experience and often an intensive briefing about the range of the customer's products prior to the trade fair are necessary. Although this job is rare, it is the most well-paid.
Other
Additionally, there are numerous other possibilities such as presenting, interpreting, or VIP treatment. The more knowledge and experience that is necessary, as is the case for interpreting, the better the wage that can be expected.

Check off requirements
Check whether you meet the requirements: well-kept appearance, professional manners, fluent English skills, at least 1.65 m tall and a slim figure.
Plan your availability
Consider what locations you would like to work at and your availability, not only on weekends but also during the week.
Consider your areas of responsibility
Consider which of the above-mentioned areas you would preferably work in. Booking companies especially favor hostesses that are able and willing to undertake all areas. But, if you think that one area does not suit you, that isn't a bad thing. You should, however, indicate this on your Sedcard, so that you don't receive offers in this area.
Take good pictures
Make sure that you are able to provide at least three current pictures of yourself: portrait, full body shot, and American portrait.
Apply
You can apply to a hostess agency or to individual posts on job portals. We recommend creating an online profile with InStaff. This way, hostess job offers come directly to you.

Impressions and comments about hostessing 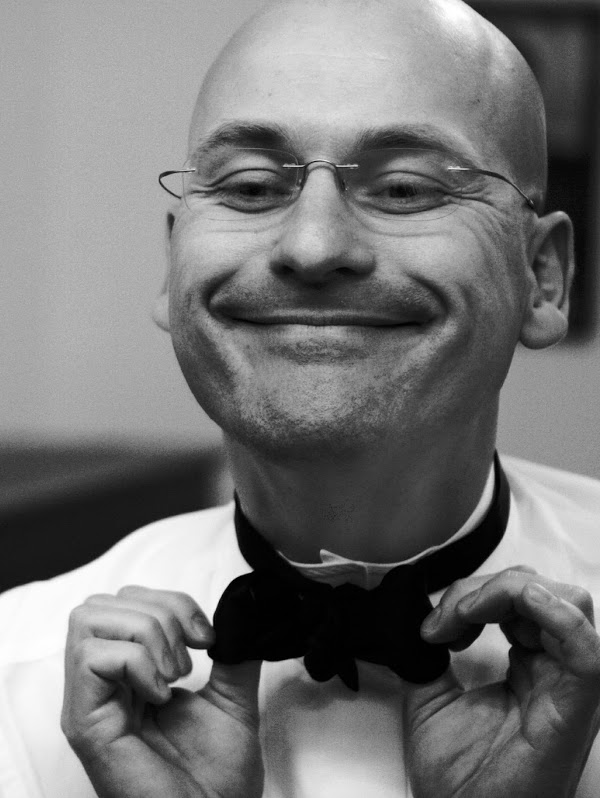 "Hostesses have to be prepared for the sales conversation with the customer."

From A for "Airbus" to Z for "ZAE - drive systems," I have designed promotional entertainment programs for numerous companies at trade fairs or given advice for trade fair performance. As a trade fair trainer, I consider the schooling of hostesses to be very important, as this is often left out by inexperienced exhibitors.
How can I begin a sales conversation? What arguments can be efficiently applied when talking to customers? When do I pass on a potential customer to an experienced sales person? Here, just a short schooling of employees and trade fair hostesses on the evening before the trade fair can boost self confidence and enable a professional appearance. 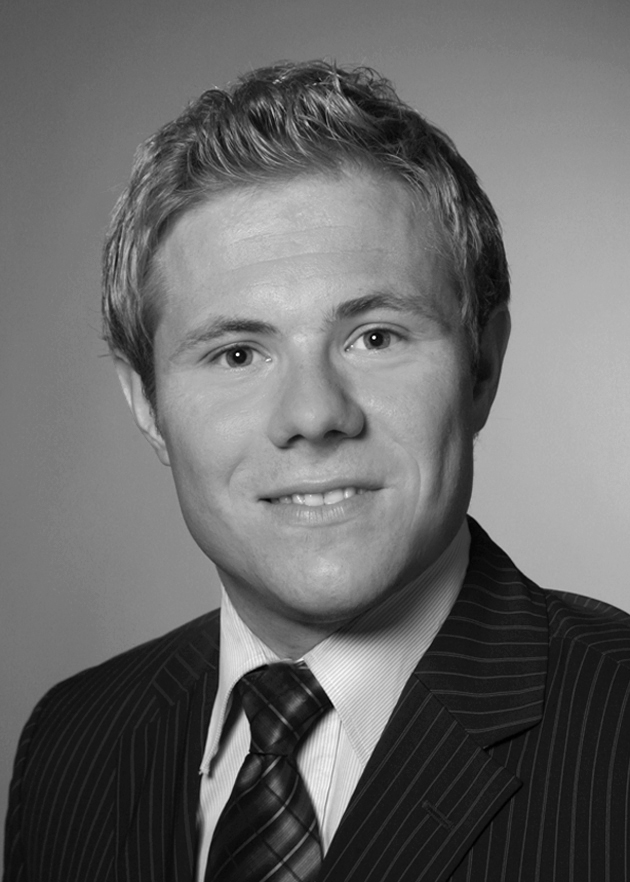 "Trade fair hostesses must be able to identify with the product and explain its advantages."

I have planned numerous trade fair appearances for Honestly and often need supporting hostesses. My expectation is not just a professional appearance and fluent English skills, but also a special identification with our product. This means that should not only know the product, but also be able to explain the advantages and react to critical questions with experience.

Get hostess jobs at InStaff

If you are interested in becoming a host/-ess, you can easily create an online profile on our website. Once you are added to our platform, you will get job offers from our clients all over Germany. Our jobs will averagely earn you between 10 and 15 € (~13 €) per hour. Jobs for chef or model hostesses or that require special skills can earn you approx.. 20 €/hour.

SIGN UP FOR FREE
More information:
Typical salary as hostess at InStaff
Information about employment with InStaff

If you have any questions regarding the booking process, feel free to contact or call me. 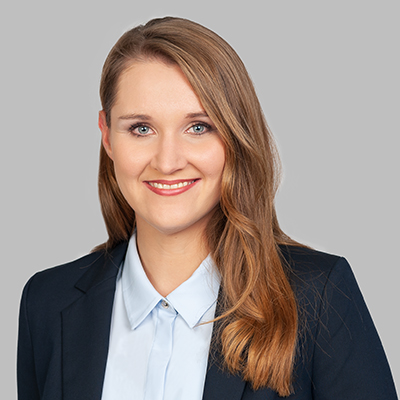 If you have any questions regarding your registration or the booking process, feel free to contact or call me.

Businesses from all over the world can use InStaff to book temporary event staff in Germany for their exhibition, marketing promotion or other temporary staffing needs.

InStaff is legally licensed by the German Employment Agency to offer labour leasing in Germany:
about the Employment License